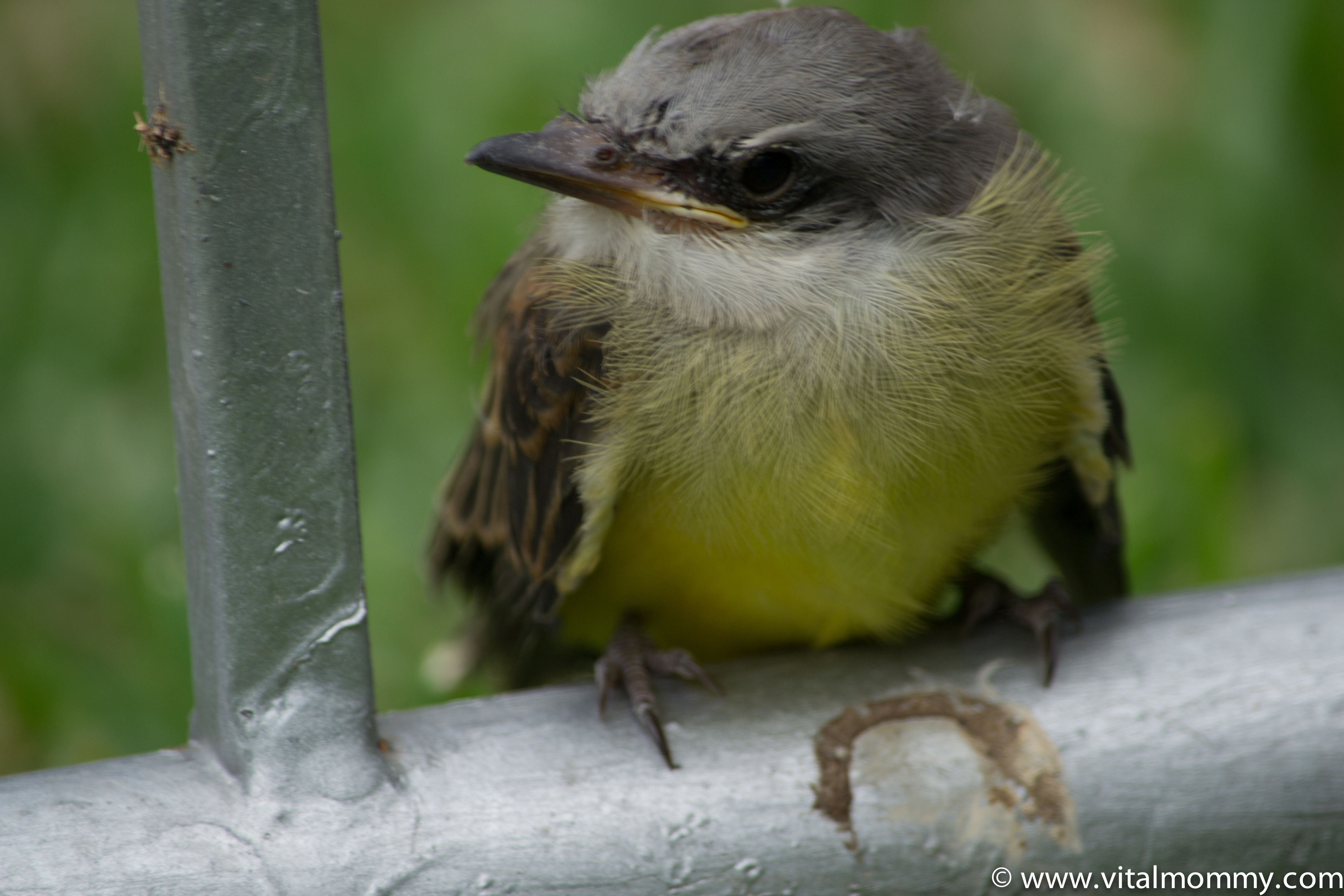 In facts, the story of last week is this: a baby bird was outside our doorstep, seemingly separated from his mother. We could not find a nest, but brought him inside the fence to keep the dog from grabbing him. His mother found and fed him, but two days later he drowned. Those are the facts.

The facts do not tell about the empathy in my little boy’s heart, as he insists on bringing baby bird water, and giving baby bird flowers because he is sad without his mama. 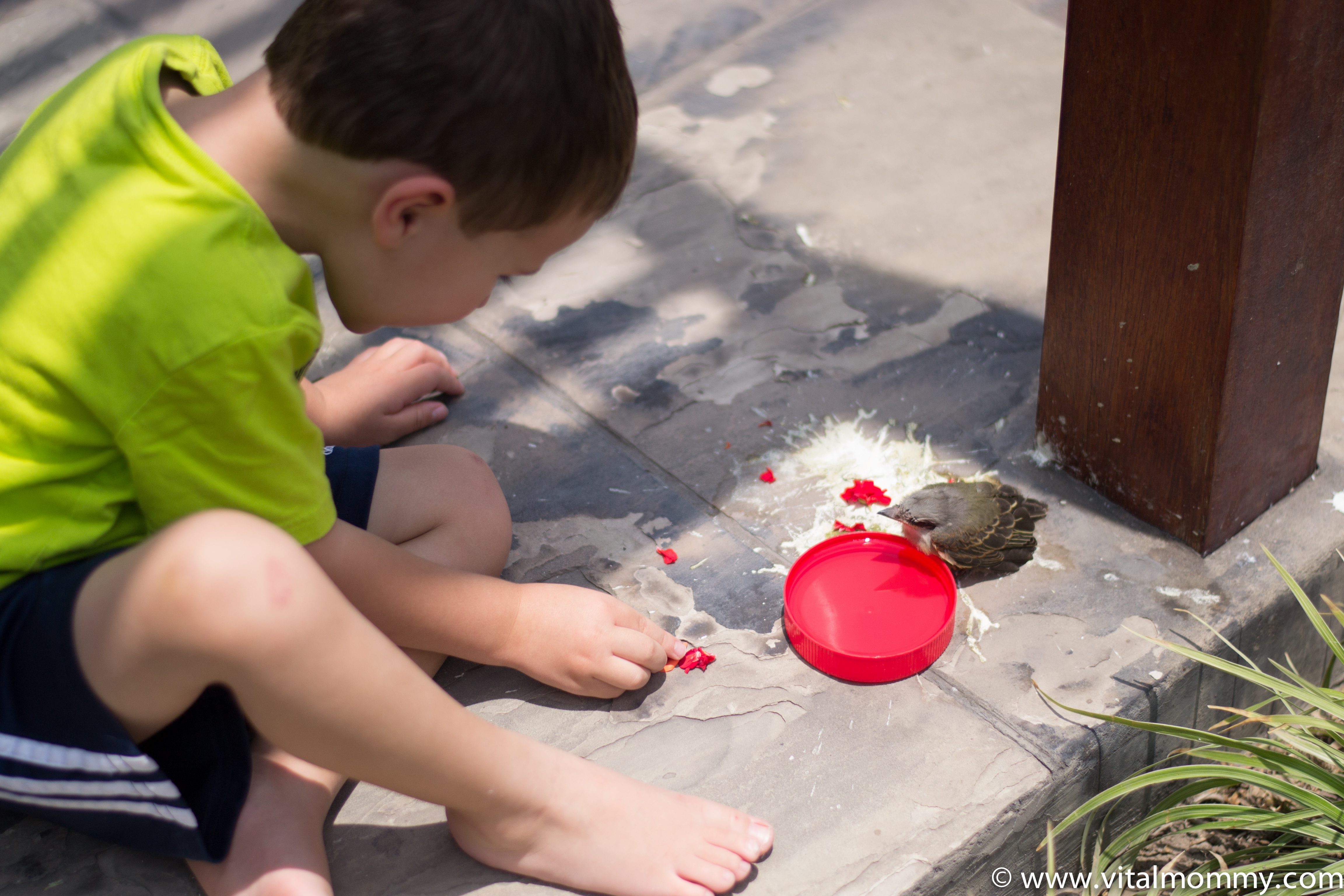 The facts don’t tell of his three year old hand reaching into the dog’s mouth to take the baby out, and safely nestle him between the plants. When it becomes clear that the dog would not let it be, he ever so gently picks up the bird and requests a nest. He helps me to carry the bird out to the fenced yard. There he insists on watching for over an hour, sitting on his knees, while baby bird’s new feathers, interrupted by fluffs of down not yet lost, wave with the rhythm of his tiny beating heart.

The facts don’t tell how we all cheer from the living room window when his mother finds him, and feeds him over the next two days. We watch, breath held, as she teaches him to fly, and he takes small fluttery leaps, from branch to branch, in the shrubs by the pool.

The facts cannot tell how we all run to check on him every time we return home. The facts cannot explain my heavy heart beating loudly as I fish his little body from the pool, now tiny, yellow and still, without the fluff of his frightened heartbeat giving him shape.

Baby bird flew away, my boy declares. I don’t correct him.

Maybe adding the life lessons of a little bird that didn’t make it outside his nest, is too much for my mama heart. I have been second-guessing my decision to move that little bird, just as I second-guess my decisions for my little expats with every move.

My husband assured me that the likelihood of the little bird’s survival was pretty slim outside the nest. I know he is probably right – I found a sibling just a day later, still alive, but covered in ants.

In facts, we know that children with routine and ritual are more resilient. But that’s not the whole story.

The story is that I nest constantly, making sure our home reflects us, makes us feel loved, even as the institutional furniture is the same everywhere.  I nest – building routines and rituals out of the smallest events of our family life, daily, weekly, monthly, yearly. Without this nest, our ability to thrive is so reduced.